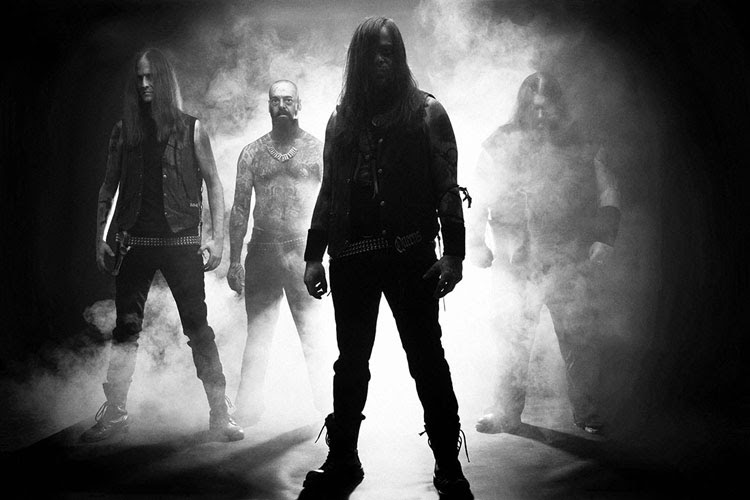 New York based black metal outfit Black Anvil have returned from a four year lull with a brand new track and news of a new album, gloriously titled Hail Death.

It’s been four long years since Black Anvil’s second album Triumvirate, but the band have finally returned with news of a new album. Hail Death is set to drop on the 24th of May in the UK, through Relapse Records and will apparently find the band churning out more of the thrash-inspired black metal they’re known for, as well as pushing out into some more lesser trodden territory.

The record also sees the band working with J. Robbins at Magpie Cage Studios, whose previous clients include Clutch and The Sword, in hopes of capturing a more ‘live’ sound, with drummer Raeph Glicken stating “We really wanted to capture our live sound on this record which is one of the reasons we went with J. Robbins. We didn’t want it to sound perfect; we wanted it to sound like us.”

In conjunction with the announcement, a new track, entitled ‘Eventide’, made it’s way onto the net, that shows off exactly what four years of gestation has done for their sound.