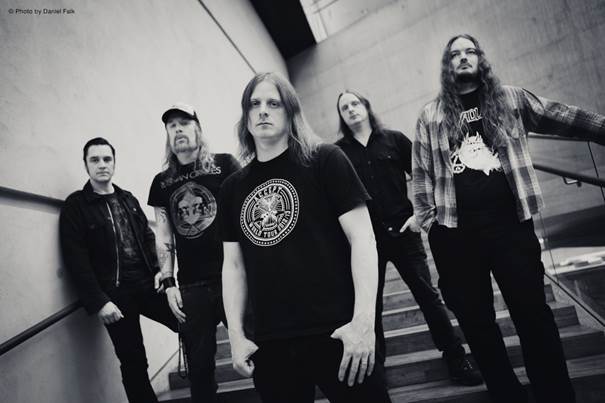 AT THE GATES BEGIN RECORDING FOR AT WAR WITH REALITY! 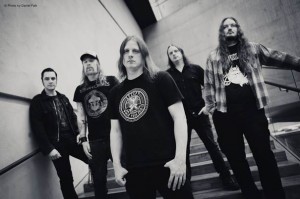 Legendary melodic death metal pioneers At The Gates have officially begun recording sessions for their comeback/new album At War With Reality.

Having announced a few months back that they were once again gearing up to record some fresh music and announcing a Winter European tour, the Gothenburg quintet have just finished pre-production work on their new material and recording sessions are imminent.

Guitarist AndersBjörler said: “So, things are getting closer to the recording of ‘At War with Reality’.  We are currently rehearsing and putting the final touches to all the songs.  This album is turning into a monster. It’s all coming together in a very satisfying way. Stay tuned for some studio updates very soon.”

The band also released a short video update with vocalist Tomas Linberg that can be seen below. Showing his Inquisition colours he announced that At The Gates are rehearsing 15 songs for the album (whether they’ll all make the cut remains to be seen) and all the recording/mixing will be done there in Gothenburg.

At War With Reality is due in October/November 2014 and will be released via Century Media Records. It will be the band’s first album since 1995’s Slaughter Of The Soul, containing the same original lineup.

At The Gates will be coming to the UK in December, playing in London, Manchester, Glasgow, Birmingham and Cardiff. 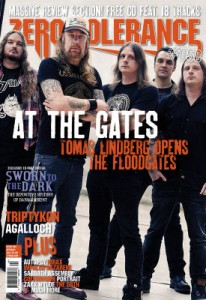 Didn’t catch our exclusive cover feature with At The Gates’ Tomas Lindberg? Fret not! Order your copy here using our back issue service.