ZT have teamed up with our friends at Dark Essence Records to bring you an early listen to something brand new from Helheim. ‘Kaldr’ is taken from their forthcoming album Rignir released on April 26.

For well over two decades Helheim have represented their Norse heritage through their music and their lyrics. With Rignir, the band again turned to their heritage when writing the poems that form the lyrics for the album, drawing inspiration from the ljóðaháttr, an Old Norse alliterative verse form used largely in the Eddas.

As to the actual subject matter of Rignir, which translated means Rain, Helheim explain:

“This time around we have been very inspired by the local weather of Bergen. The autumn and winter seasons can summon the darkest of feelings within oneself, and this backdrop served as the fertilizer that would germinate the seeds of our lyrical ideas. Exploring the darkness of nature as something that can be seen, as well as sensed, it became a canvas where the pen drew words that rose from the depths of solemnity and alienation. Although each track depicts an ever-growing intensity of suffering and loss, there’s still a dialogue on how to maintain some sort of sanity or inner peace”.

To commemorate the release, Helheim will embark on a full European tour entitled Strange Rain together with Vulture Industries, fronted by the bands long-time producer Bjørnar E. Nilsen, and label mates Madder Mortem. Together they form a package perfectly representing the width and uniqueness of the Norwegian metal scene. 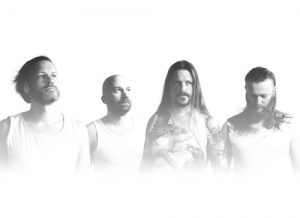