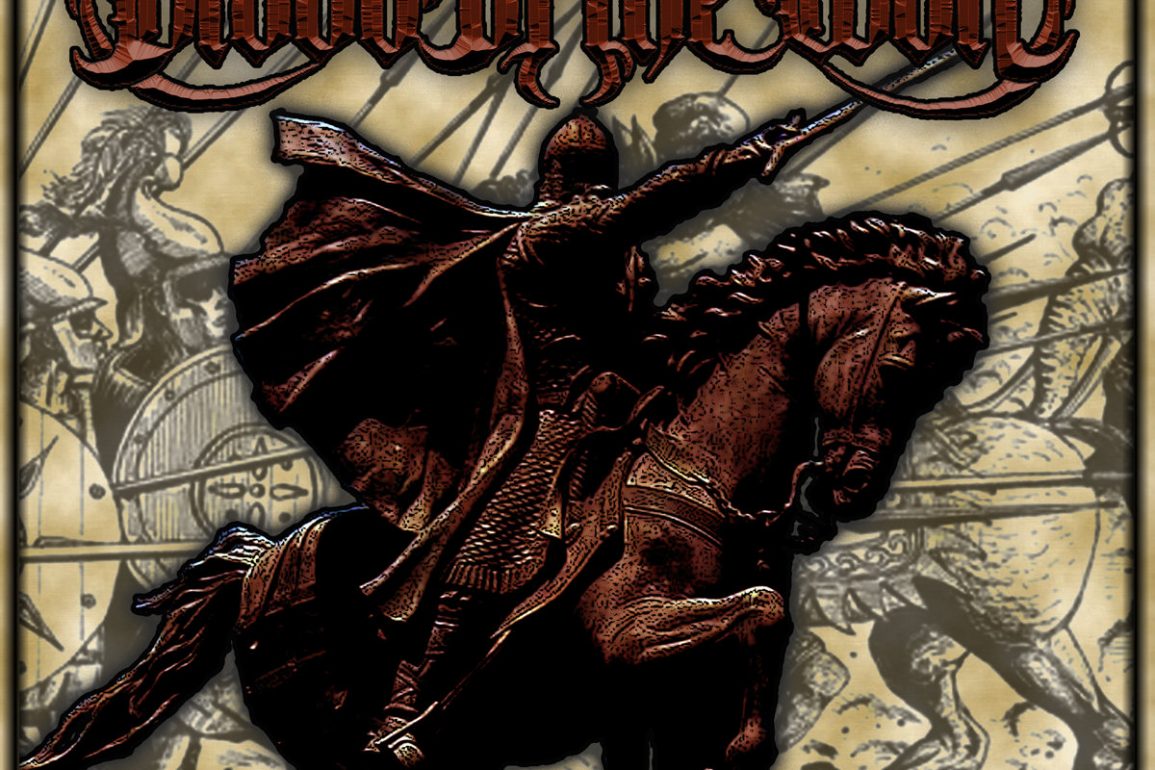 ZT INTERROGATION: BLOOD OF THE WOLF GET THEIR RETALIATION IN FIRST

Chicago crushers Blood Of The Wolf have a blistering debut album out, The Law of Retaliation. ZT’s Paul Castles spoke to guitarist and singer Mike Koniglio to learn all about it.

ZERO TOLERANCE: Hey guys, thanks for talking with Zero Tolerance – How does it feel to have your debut album finally out? 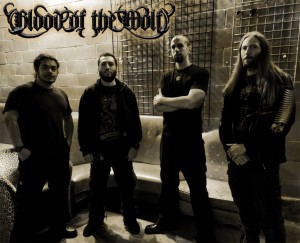 MK: It feels good. These songs have been in the works for a while, so it’s good to get them out and let others hear them. Writing music and recording songs is my favourite part of being in a band, so I enjoy being in the studio and I can’t wait to get back in.

ZT: What was the mindset going into recording The Law of Retaliation?

MK: The mindset of this band is to write great extreme metal, so going into the studio the mindset was to do the best we could do, to write the best songs, to give our best performance, to pick the best engineer we could. I feel that it’s our responsibility and I think we delivered on this album.

ZT: There are four band members – who has taken the lead with the songwriting?

MK: Me, Mike Koniglio. I write all the material, but the other guys tweak and personalise their parts.

ZT: Do the songs carry any kind of theme or concept?

MK: Yes, I would say they absolutely do. I think the band carries a theme; from artwork, to songs and lyrics, and the live show. Our songs are very compact and explosive, the lyrics cover the topic of warfare and the philosophy of military supremacy and the artwork displays that ethos. There is a theme and thought put into every aspect of this band. Nothing is a coincidence.

ZT: You held auditions to find a drummer, eventually settling with Max. Was that the final piece of the jigsaw? The drumming on the album is insane, was it difficult to find someone capable of delivering the sound you were looking to achieve?

MK: Finding Max enabled us to play live, so yes, in a way he was the final piece of the puzzle. Just finding a drummer that plays extreme metal and isn’t already in four thousand bands is difficult around here! The struggle was finding a guy who wanted to be in this band. A lot of guys will “do an album” or “do a show”, but don’t want to commit fully to a band. It took a long time to find someone who did (and was good enough!). Max is a great drummer with exceptional hands. He’s really improved a lot over the years I’ve known him. As insane as his drumming is on the album, he plays even faster live!

ZT: You’ve all been involved in a number of previous musical projects (Rellik, Kommandant, Terminate), so how did Blood Of The Wolf come together?

MK: I started writing material that would later be Blood Of The Wolf songs while I was in Kommandant. Stylistically, my music didn’t fit with Kommandant, so I just kind of archived the songs and when I felt like I had an album’s worth I started recruiting other musicians to join. Pat was an obvious choice on bass since I was playing with him in Kommandant. I’ve known Scott for a long time and he was very capable and interested in the project. It took a while to find a drummer as I described above, but that’s how it came together. Musically, I think it’s an evolution of the kind of music I was writing in Rellik. It’s more melodic, more dual guitar parts, but still very fast and aggressive.

ZT: The album carries an undercurrent of filthy black metal, did you all grow up with this as a part of your lives?

MK: I’ve always been considered more of a death metal guy, actually. But I do like black metal of course. I think the kind of black metal I listen to, the really aggressive kind, lends itself well to being melded with death metal. Panzer Division Marduk was a pretty big influence on me when it came out. So was Formula’s Fatal to the Flesh. So was Bloody Blasphemy by God Dethroned. Those records (and a bunch of others of course) were a big influence on me as a guitar player and song writer.

ZT: The album’s final track is a cover of the Marduk song ‘With Satan and Victorious Weapons’ – is that a nod in the direction of your influences?

MK: Yes, it absolutely is. It is my way of honouring Marduk as being a huge influence. I always thought that song would sound cool with low vocals, as more of a “death metal” song, so that’s why I did what I did.

ZT: Since forming in 2012 you’ve shared a stage with the likes of Cardiac Arrest and Incantation, any particular shows stand out for you so far?

MK: Yeah, that one with Incantation definitely stood out. It was pretty packed in the venue. People were watching us from the front of the stage to the back by the merch. Our first show was awesome too, because it was our first, but also we played with Deceased, which was great, and the venue, the Beat Kitchen, is an awesome place to play. Our last show with Nocturnus A.D. was also memorable. Good turn out and we got to play Reggie’s Rock Club.

ZT: What touring plans have you lined up around The Law of Retaliation?

MK: No touring plans. We’re too new to the scene. If we toured now we’d have to tour with someone who would draw people out. Our music is great, but metal fans aren’t that familiar with us just yet.

ZT: You developed your sound and reputation on the Chicago underground scene – how healthy is that at the moment, any bands we should keep an ear out for?

MK: Very healthy! There’s tons of bands. So, from a fan’s perspective, there’s a lot to choose from as far as what shows to go to or what bands to support. From a band point of view, it’s kind of competitive. We’d like to get on bigger shows, supporting well-known touring bands, but that’s hard when you’re new and there’s lots of other bands that have been around longer and want the same spot. Bands to watch out for: Kommandant. Their live performances are always impressive! Cardiac Arrest is still heavy as fuck and always good live. Against the Plagues just put out a new album that’s pretty damn good. But again, there’s tons of bands around here – it’s hard for me to keep up!

MK: Just to keep practicing and getting tighter. Focus on playing quality shows. Maybe a new album? Not totally sure about the last one yet, but there’s enough material written. When it does come out though, if you liked this last one, I think you’ll be blown away!

Blood Of The Wolf on Bandcamp