Southern Lord, well-known for dishing out sludgy and ear-splitting goodness, has unleashed a rather unholy trinity this last fall with new works from Baptists, Obliterations, and Torchrunner. Each release is unique in its way, yet each come to the same spine-numbing result of aural assaulting goodness. As a celebration (of sorts) of these three releases, ZT brings to you, courtesy of the lovely Ms. Lauren Barley, a roundtable discussion wherein all three bands pose questions to one another on the eve of their European tour grouping. Following this read, you’ll be puzzled by the love of guacamole, the avoidance of bananas, and the absence of the letter ‘E.’

Torch Runner’s debut release, “Endless Nothing,” was recorded by Kris Hilbert at Legitimate Business and released via Southern Lord on 14 October 2014. 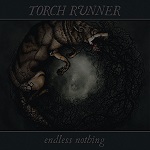 Torch Runner to Baptists – “What we have gotten to hear from your new record is so sick. What we’d really like to get is a full synopsis of how you guys feel about your new record… Without using the letter ‘E.’”

Baptists – “No ‘e’s’, huh? Alright, Torch Runnr… I can only talk on my own thoughts, but I think it’s cool. Not as all-out angry as th last, I don’t think, but it’s more substantial both musically and lyrically. Lots going on, for most of it, anyway. Man, this is impossibl!”
Torch Runner to Obliterations – “If you could sum up your band, in its entirety, to one movie or series currently available to stream on Netflix- What would it be and why?”

Obliterations – “The BBC television series “Top of the Lake”. Many reasons why…It tackles subject matter that most don’t wanna face or believe is real. There is strong sense of good vs. evil, and even an apprehensive spiritual entity. Impeccable acting, character development and underlying plot structure. Not to mention it was written by Jane Campion, and features Holly Hunter.”

Torch Runner to both bands – “Do you guys like guacamole?”
Baptists – “Guacamole’s okay. You’d get a more enthusiastic response from any of the other dudes, but I’m kinda indifferent to it. Just being honest.”

Canada’s Baptists finished up recording “Bloodmines” with Kurt Ballou (Converge) at Godcity Studios and unleashed on the streets at the same ungodly date as Torch Runner’s “Endless Nothing.”

Baptists to Torch Runner – “We’ve never met, and we’re about to spend some significant time together – hanging out, driving road, playing show, etc. Tell us a dark, brutally sketchy secret about each of you, so that we feel closer to you right off the bat.”

Torch Runner – “The most important dark and brutal thing to know about Scott isn’t much of a secret, and it will come more as advice than anything else. Don’t give that motherfucker ANYTHING that has bananas in it. He’ll fill a room with some dark and brutal farts faster than you can get away. So if you guys are chowin’ down on a banana cream pie after a show one night, just don’t offer him any. He may sound sweet and southern when he asks you for some, but it won’t be worth it for you.

“Josh actually makes us stop at every single scenic overlook and rest stop when we’re on tour so he can get a quick ‘lay of the land.’ It’s more annoying than anything really. The dark and brutal part comes in if we tell him we aren’t going to stop. He literally starts sobbing. The last time he laid down in the floorboard of the van and called his girlfriend (thinking we couldn’t hear him, I guess) and he told her that he was going to play our entire set without blast beats to ‘show us a thing or two about how to treat people.’ Yikes.

“Now, I pride myself on my ability to be critical yet fair with myself, so if I had to share one dark and brutal thing about me (Rob) with you guys, I think it would have to be that I’m a scary good hugger. Seriously, I’ll end up blowing each one of your minds by the end of tour. I won’t let you in right away or anything, you’ll have to earn it, but I think it’s safe to say that each one of you will be horrified, yet strangely curious, about the care and support I leave you with after a good hug.

“P.S. Thanks for the heads up about the guacamole. We went to Costco yesterday and we’re bringing you guys SHIT TONS of it.”

Baptists to Obliterations – “You guys are an international super group with members from the States, Canada and Germany (I think, right?). Which one of you shows the most stereotypical mannerisms of their homeland? Accents aside…” 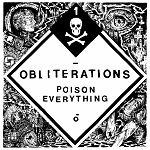 Obliterations to Baptists – “If you were forced to be a Brit Pop band from the 90s who would choose to be and why?”

Baptists – “We get along too well to be Oasis, unfortunately. If they even qualify. Fuck yeah, of course they would qualify. How about Supergrass, then?”

Obliterations to Torch Runner – “If you were Scotland would you have chosen your independence from England? Yes or no, please explain in detail.”

Torch Runner – “This is a tough one, because I think there is a lot at play here in addition to oil… but I guess what I’m trying to say is, we’ve all seen Braveheart. Also, anarchy in the UK. So…” 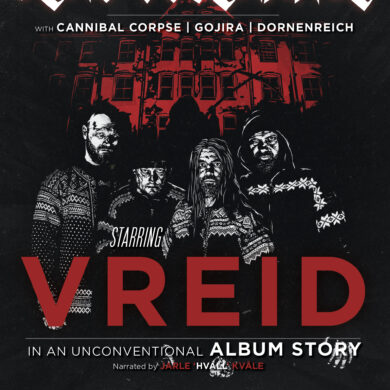