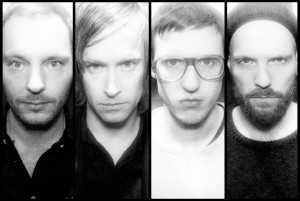 On the very same day At The Drive-In announced they would be making a return after 11 long years, Swedish punks Refused decided it was time to put the world to rights again, in what would probably make up the content of most post-hardcore fans wet dreams by announcing that they too would be playing at Coachella this year! The news came via the bands official facebook page, with the headline, “REFUSED ARE NOT FUCKIN’ DEAD”. Since the announcement, the band has gone on to confirm appearances at Way Out West Festival, Groez Rock, Monster Bash and Arena Fiera.

Refused called it a day in 1998 shortly after the release of their seminal album ‘The Shape of Punk to Come’, a violent, traumatic record which refined the bands non-conformist, anti-establishment strain of venom. Coupled with a live show that, by its very nature reeked of blood, sweat and anti-corporate spite, Refused were a huge loss to many music fans who valued raw energy and integrity.

In a statement via the Refused’s official site, they cited that giving arguably their best loved record the tour it deserved, was one of the motivating factors behind the reunion, “We never did ‘The Shape of Punk to Come’ justice back when it came out, too tangled up in petty internal bickering to really focus on the job. And suddenly there’s this possibility to do it like it was intended. We wanna do it over, do it right. For the people who’ve kept the music alive through the years, but also for our own sakes. We feel that you deserve it and we hope the feeling is mutual.”

In an era when there is huge speculation over the fairness of our own capitalist system and anger at gross corporate greed, it is safe to say the reunion couldn’t have been more fitting. Only time will tell whether the Refused of today can match the legacy of the Refused of old, but one thing is for certain, it will be fun finding out; we could be in for one hell of a summer!

You can keep up to date with the latest from the band via their official webpage: officialrefused.com 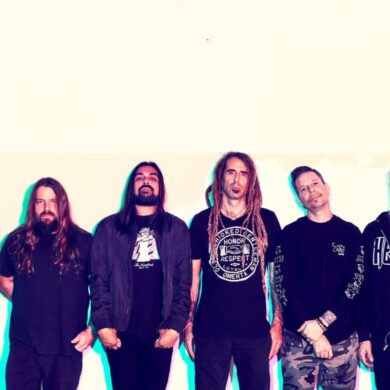