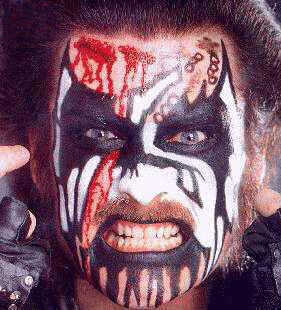 The festival has issued the following statement:

“Here at Bloodstock HQ we’re excited to announce our first headliner for 2013. The Grammy-nominated, Danish metal legend KING DIAMOND will dazzle eyes and perforate eardrums in the Friday night top slot.
After a six-year touring hiatus, the band triumphantly returned to the stage in 2012 for European festivals, Hellfest and Sweden Rock. Friday night’s closing performance at Bloodstock Open Air 2013 marks not only their first ever UK festival appearance, but their first UK show of any kind in many years and will be their only UK date in 2013.

“When asked about Bloodstock, the mighty King quoth: “I’m looking so much forward to this, we all are. Finally back in England! The people at Bloodstock have gone the extra mile to make this possible, and will be expanding the stage to fit our full production. This is gonna be DARK and very HEAVY!”

Needless to say, you can count Zero Tolerance in!