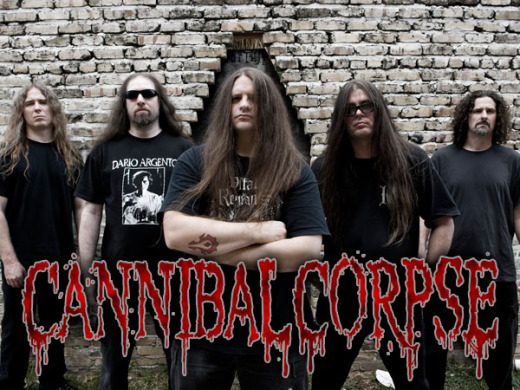 Floridian death metal legends Cannibal Corpse have announced when they plan to release their new album, simply and effectively titled, ‘Torture’. The record, produced by Hate Eternal’s Erik Rutan, will be unearthed this March and is a return to what drummer Paul Mazurkiewicz describes, via the bands record label Metal Blade, as “the frenzied attack of ‘Butchered at Birth’ or ‘Tomb of The Mutilated.”

CC bassist and co-founder Alex Webster, also stated, “We’re extremely happy with how Torture turned out. Erik Rutan did an amazing job with the production, and the songwriting and performances may be our strongest yet. We can’t wait until our fans get to hear the whole thing!”

The album is the bands twelfth studio release and in typical ‘Corpse’ fashion, the record will also come adorned with Vincent Locke’s renowned gore soaked artwork.

The official release dates for ‘Torture’ in the UK and Europe are:

You can listen to ‘Demented Aggression’, the first single due for release from ‘Torture’, here: www.metalblade.com/cannibalcorpse