ABORYM SET FOR THE STUDIO 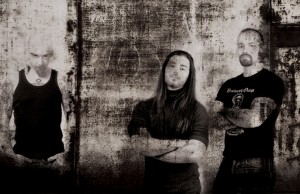 Aborym are set to record their sixth studio album this October, with view to an early 2013 release via Agonia Records.

More details on the follow-up to 2010’s Psychogrotesque should be available very soon, including guest musicians and tracklist. The band are also currently working on a song celebrating their 20 year anniversary, which will contain an assembly of riffs, lyrics, loops and grooves sent in by fans. To contribute, visit the fan area section on www.aborym.it.