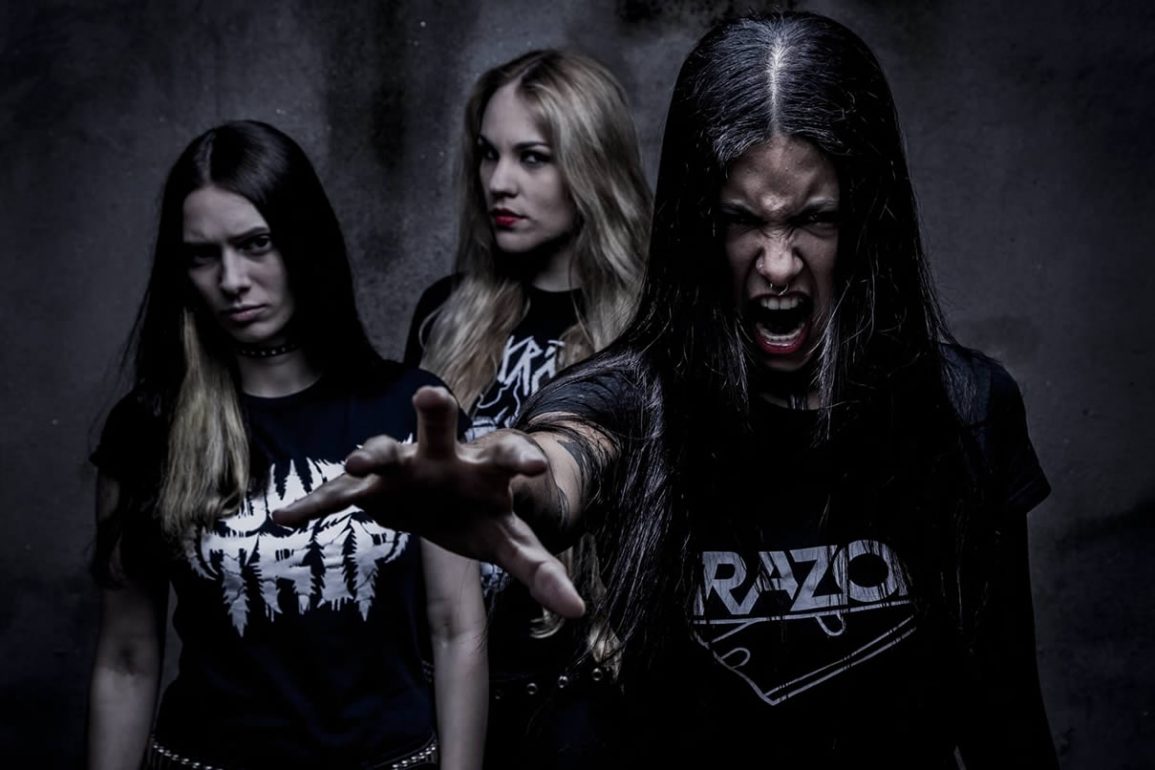 Ross Baker (sort of) rages against the machine with Nervosa guitarist Pirka.

Railing against a corrupt political system, Brazil’s Nervosa have cut their teeth following the success of acts like Sarcofago and of course Sepultura. Yet in addition to hailing from a country which has little investment in much of the music scene, the trio’s bassist and vocalist Fernanda Lira, guitar player Prika Amaral and new drummer Luana Dametto have had to fight tooth and nail to be recognised as a serious group in the face of misogyny and sexism. “We have had guys try to grab us or touch our bodies which is shitty,” Pirka shares with a weary sigh, demonstrating a sadness and frustration that such behaviour should still occur amongst the metal scene. “Before you get onstage, it’s hard to get guys to take you seriously. We have had guys mistake us for groupies. We have had some say things like “C’mon, you’re not in the band! Why are you here? But when we start playing that goes away and they know to take us seriously. Once we have played, guys speak to us in a different way. I think there are the same opportunities for women as there are men now but it’s harder for women to get respect. It’s only a small number of people that demonstrate this attitude but we still get that bullshit sometimes.”

Nervosa’s third album ‘Downfall Of Mankind’, shows a group charged with righteous anger ready to embark on a crusade against society’s ills. One listen to a track such as the scathing ‘Kill The Silence’, a venomous tirade against abusive male behaviour which features the lyric: ‘Suffering alone, crying in the dark, it’s what he’s done, and you want him to die’. “That song is about all types of abuse: sexual, mental and physical. We want to say to women “You’re better than this shit. You don’t have to put up with this treatment.” It’s important to speak out against these issues and support women and girls who have experienced these terrible things. The metal scene is the most respectful when it comes to women and this behaviour is not common in our scene but there are some women who have been treated terribly. A lot of magazines and radio stations picked up on the #metoo movement here which is very positive. South America has a lot more female musicians now. Women are very present in the metal scene. ”

It’s extremely encouraging to hear Prika talking enthusiastically talk about better opportunities for women and more positive media coverage. Thankfully, we appear to be entering an age where females’ involvement in the metal scene is transcending the desire for outdated ‘Sexiest Girls In Metal’ magazine articles and the need for scantily clad women to be pushed to the forefront instead of serious musicians [It’s possible to be scantily clad and a serious musician, no? – The Editor]. Prika agrees with the sentiment but is quick to push the importance of freedom of expression. “We need allow everyone to express themselves in the way they wish to. I don’t think it’s good to create rules for how people wish to express themselves. Some men will want to see sexy girls and others will care about the female musicians. Most metal bands still feature men, so it’s still a male dominated genre. More coverage for all women is a good thing.”

‘Downfall Of Mankind’ features some mean guest appearances from Korzus drummer Rodrigo Oliveira, Flotsam And Jetsam’s Michael Gilbert and local hero João Gordo of metallic punks Ratos de Porão. Prika admits she had “goosebumps” when she heard they were interested in working with Nervosa, yet for her it’s about inspiring other musicians to follow their brave journey. “It is important to us to encourage young people to start a band and contribute to the music scene. There are a lot more female bands coming out of Brazil like Panndora and Sinaya. The only problem for bands in Brazil is the lack of money but we have grown in spite of these odds.” 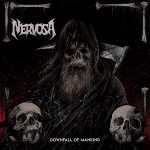 Downfall Of Mankind is out now on Napalm Records | napalmrecords.de

This feature was intended for publication in ZT issue 085, but due to lack of space it’s landed here for you to enjoy online instead. Subscriptions and single copies available here: https://store.ztmag.com/