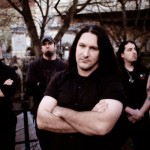 For more information on the festival go to www.party-san.de.