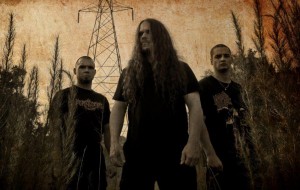 Simonetto, who has been the band’s permanent drummer since 2007, has stated that pursuing his education and post-music career are his reasons for leaving. Commenting in a statement from the band, Simonetto said:

“Being a part of Hate Eternal has been one of the greatest experiences of my life and parting ways is, by far, the most difficult thing I’ve ever had to do. Erik & JJ are older brothers to me and have always looked out for my best interests. Knowing I won’t be touring and jamming with those guys is a hard pill to swallow, but I’m choosing to pursue my education and establish myself career-wise.”

The drummer also went on to add:

“I’ll miss the world of diehard metal heads who come out to shows and support this great thing we all love. I wish Erik & JJ all the success in the world personally and professionally and have no doubt that Erik will discover some monster drummer we haven’t yet heard of. It’s what he does!”

“It’s been a great road travelled with Jade as a part of the band for six years, two very special albums and many, many tours across the world. Some of the best times and experiences in my life and career have been with Jade in the band. Jade is like a brother to JJ and I, and we are very proud of all we accomplished together as a band. His loyalty, dedication, and commitment to Hate Eternal is something we’ll always be very grateful for and Jade will always be family.”

“This has been in discussion for some time now and we all agreed that it was time for this to happen. We wish Jade nothing but the best with his future and thank him for all his hard work and tremendous contributions to Hate Eternal.”

The band will be finishing their current worldwide tour, promoting their latest release ‘Phoenix Amongst The Ashes’, with a performance at the Housecore Horror & Film Festival in Austin Texas on October 26th. With Jade Simonetto’s place behind the kit now vacant, the band has recruited Adam Jarvis of Misery Index and Pig Destroyer fame to complete the band’s line-up for the show.

Hate Eternal have also revealed that they are currently writing new material. Having written seven new songs, the band is tentatively scheduled to hit the studio to begin recording in spring 2014. Erik Rutan commented:

“JJ and I are super excited with the progress of the new material. We’ve been collaborating to make an album that pushes all the boundaries and dynamics yet remains true to our roots and legacy. We have been very critical with the new songs and really have honed in on crafting an album with many variances in tempo and mood, and songs that separate themselves from one another to give a unique entity to each composition. Our goal is to continue to expand the different facets of Hate Eternal and extreme metal. This album is going to be a monster!”