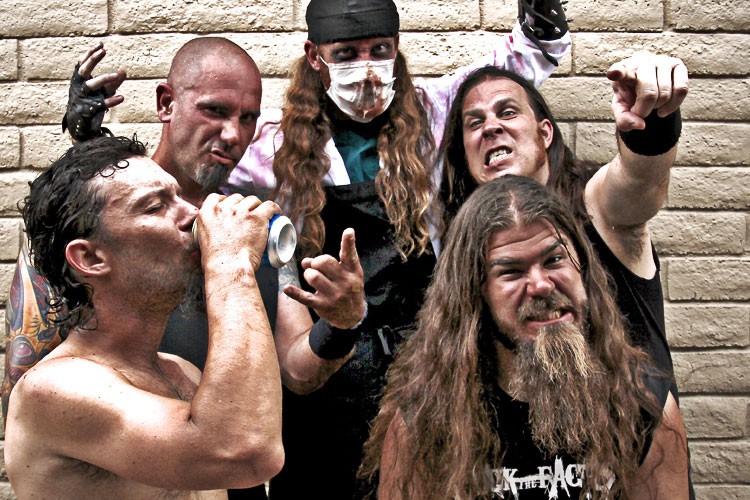 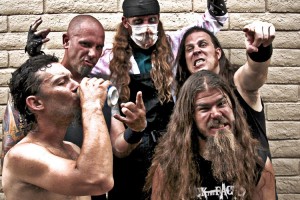 Californian gore-merchants Exhumed have entered the studio to record the follow up to their 2011 album ‘All Guts, No Glory’. Although the recording has no working title as yet, the band has named some of the ten ‘platters of splatter’ that will feature on the new release including, ‘Carrion Call’, ‘Sickened’, ‘The Rotting’ and ‘Coins Upon The Eyes’. The band has just completed tracking drums at Trench Studio in Corona, California, and will shortly relocate to Chandler, Arizona, in order to get a “suitably ruling guitar tone,” in the words of vocalist/guitarist Matt Harvey. The Exhumed front-man also issued this statement:

“We’re super psyched to be back in the studio working on a new record. The songs we’ve worked up are a bit darker and more open this time around, but of course built on the same disgusting foundation we’ve been repulsing people with for years. It’s a really natural progression from All Guts… and it’s a lot of fun to work with the lineup that’s done all the touring. It feels a lot more like a ‘real band’ situation this time around. There will be periodic studio reports on our blog if you want to stay abreast of all the excruciating details. We can’t wait to get this thing ready to assault your ears!”