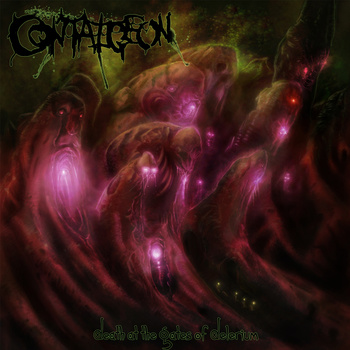 English death metallers Contaigeon are to release their debut album, Death At The Gates Of Delirium, via Un-Label Works Of Ein. Available from 1st June, the album features 10 tracks of Morbid Angel-esque, Lovecraft-inspired, raging death metal and will be available for free at www.worksofein.com. Formed in 2008, Contaigeon recorded the album at their own Sanctum Of Disease studio; mixing and mastering was handled by Brooke Johnstone (Axis Of Perdition, Dawn Of Chaos and others).