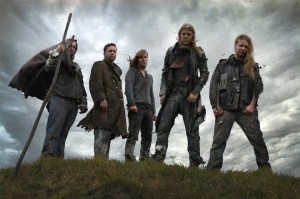 Moonsorrow have confirmed an exclusive UK performance for Bloodstock Open Air. The heathen black metal Finns, who played the festival back in 2008, are the latest band to be added to the Ronnie James Dio stage along with German power metallers Freedom Call.

“We are truly excited to take part in Bloodstock Festival 2012” expresses Moonsorrow drummer Marko Tarvonen. “It’s been way too long since we played on the British soil in 2008 and we know that lately there has been a huge demand for Moonsorrow to play in the UK. So, all our loyal fans in the UK, we want to see a massive crowd of insane berserks during our set. Don’t let us down because we promise we don’t let you down, cheers!”

Bloodstock have also announced a string of sponsored clubnights across the UK where you can be in with a chance of winning tickets while banging your head to all the best heavy tunes. Check out http://www.bloodstock.uk.com/news/index.php?/archives/489-BLOODSTOCK-CLUB-NIGHTS.html to find an event near you.