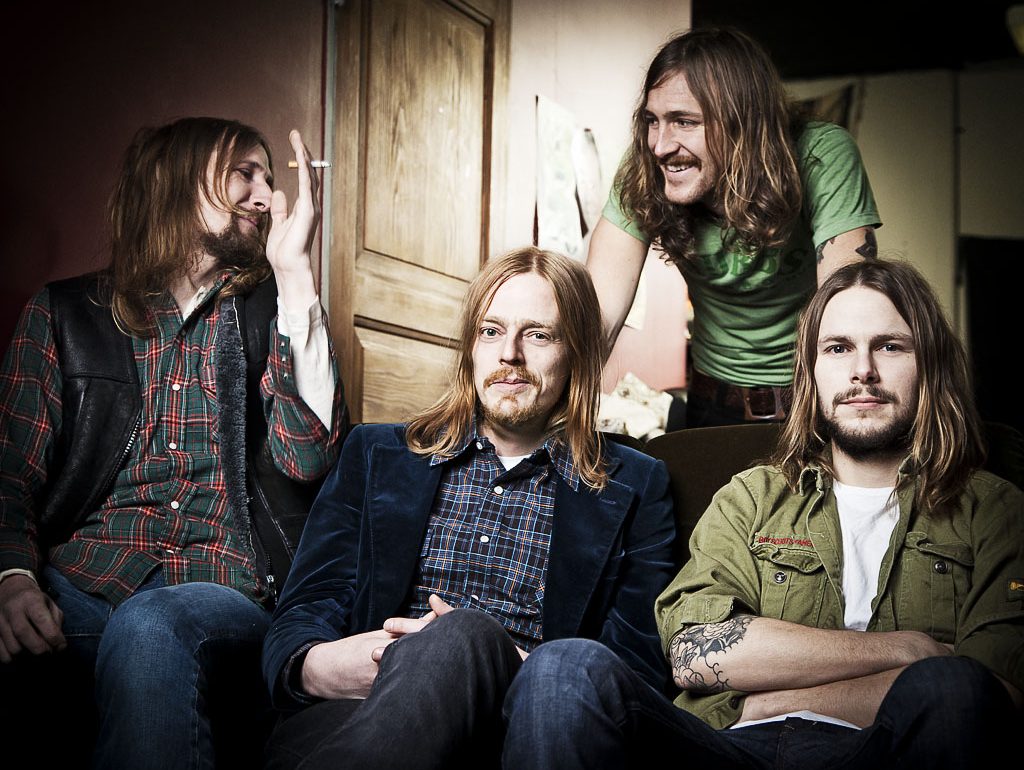 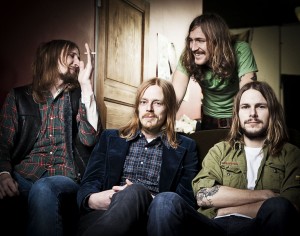 When I woke up on that Tuesday morning, I had no clue that by the end of the night I’d be watching Graveyard at all.  Before  heading off to university for the day, I signed into Facebook and had a message from a friend asking if I was going to go to the show that night.  Really, I knew absolutely nothing about it (I blame the venue), and wasn’t planning on going until I felt the need to jam some Graveyard, then quickly decided I would attend.  While I needed to get caught up on my graduate school work, I felt that seeing Graveyard was a better way tospend the humid, rainy Houston evening.

First off, for anyone unfamiliar with Houston shows, there’s one thing you have to anticipate for anything along the lines of a
stoner rock show; namely that Venomous Maximus will most likely be kicking off the night.  I’m well familiar with this Houston band, having seen them at small local shows, as well as opening for Mastodon back in October 2011.  In all of the times I’ve seen them though, I must say that this was one of their stronger performances.  Their fuzzed-out stomp with a ZZ Top on stoner rock vibe is always a crowd pleaser, but for this night, they just seemed to be more on top of their game than usual.  They were tight, energetic, and have enough unkempt facial hair to make a barber cringe.  Their overall ethos is not quite in the psychedelic realm that the rest of the bill exhibited, but still a great fit for the night.

Next up was Iowa’s Radio Moscow.  I would like to start off this paragraph by mentioning that I was unfamiliar with this band until about 10 minutes before their set, when I was shown a youtube video on a cell phone of their singer/guitarist Parker Griggs receiving the dense end of his Stratocaster on his forehead after being thrown by former drummer Cory Barry.  Visually, they just looked like the usual hipsters that dress as if they shop at thrift stores and wear ski caps indoors on a hot January night.  Visual impressions aside, they blew me away.  This band was incredibly tight and very musical, as if Stevie Ray Vaughan played with Cream.  Endless solos and a killer rhythm section are what make this band unique in my opinion, with a raw edge that sucks you in once the music starts.  The 70s rock influence is really evident with this band, and might have had a great fit in the music scene 35 years ago, but thankfully, they’re alive and well in this day and age to give us something new and refreshing to listen to.

By the time Graveyard hit the stage, the crowd had grown to an impressive number.  I guess I didn’t realize Houston’s fan base for this band was that large, or maybe my impressions of the venue’s lack of advertising were dead wrong.  Projected on the wall behind the band was a colored oil light show, similar to a Timothy Leary acid trip, and it was an awesome fit.  Of course Graveyard wasted no time jumping right into their set, comprising mostly of songs from their latest record, “Hisingen Blues.”  I really had no idea what to expect from the band, but what I was exposed to was a fluid performance filled with enthusiasm and flawless musicianship.  Once their set was in full swing, they launched into “Ungrateful are the Dead,” “Ain’t Fit to Live Here,” and (my favorite) “Satan’s Finest” from their self-titled 2008 album.

An interesting mention here is that the last time Graveyard was in Houston, they were set to perform with Witchcraft on September 11, 2008, which was my 27th birthday, and the day that Houston was practically shut down for the arrival of  Hurricane Ike one day later.  It would be safe to assume that whatever energy they were going to use for that night was added to this night, and it was evident in their crowd interaction and musical intensity.  Closing the set was the title track from “Hisingen Blues,” followed by a two song encore of “The Siren” and “Thin Line” in a jam band form that seemed to last for an hour, not that I’m complaining.  All things considered, there is no other way I would have wanted to spend a rainy Tuesday night; good
friends, damn good bands, and procrastinating my homework.  What could be better? 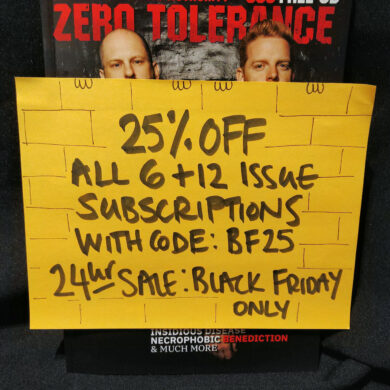 BLACK FRIDAY JUST GOT EVEN BLACKER WITH THE ZT 24-HOUR SALE!