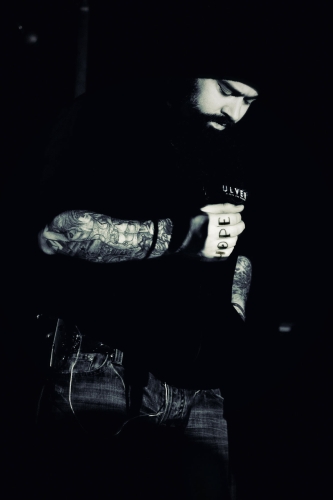 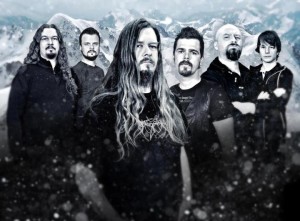 Following up from 2012’s Urd, Norwegian post-black metallers Borknagar are currently working on the recording for a new studio album, and in a turn-up for the books, the band’s original vocalist Kristoffer Rygg (aka Garm/Fiery G. Maelstrom/Trixter G.) has recorded vocals for two songs on the yet-to-be named album.

Borknagar’s Øystein G. Brun comments: “…20 years ago, Kristoffer and I hooked up for the very first time in Bergen to record vocals for the Borknagar debut album; glorious days, indeed. I was barely asleep as I got the first vocal samples from Kristoffer late yesterday evening – and have been listening to the songs repeatedly since then. Being a former bandmate and a huge fan of his work ever since we parted ways back in the days, I certainly did expect a lot, but what he sent over this time around surpassed every expectation – really! I’m still trying to get my jaw back in position and the goosebumps seem to have turned chronic on me. Kristoffer performs the lead vocals for one full song called ‘Winter Thrice’, and does additional vocals for another opus called ‘Terminus’.”

“Being a profoundly nostalgic person,” Brun continues, “this makes me reflect about how damn lucky I am to have been able to work with some of the finest

vocalists in the world throughout the years. Musically, the upcoming album will be a celebration of just that. Along with the vocals of Vintersorg, ICS Vortex and Lazare, it should be needless to argue that this will be a very special album. Massively so! More info will follow soon!”

The album will be mixed by Jens Bogren at Fascination Street Studio (Opeth, Kreator, Katatonia, etc.) in June and a worldwide release is expected later in 2015 via Century Media Records.

Borknagar released their last album Urd in March 2012, marking the 9th studio release in the band’s 18-year career. The album saw the return of ICS Vortex (ex-Dimmu Borgir, Arcturus) to the band’s ranks and was supported with a rare concert appearance headlining the Inferno Festival in Oslo, Norway, also introduced Baard Kolstad as the band’s new drummer.

And if this has got you in the mood for listening to the band, they made a promotional video clip for the song ‘The Earthling’ from the Urd album, which you can watch below!