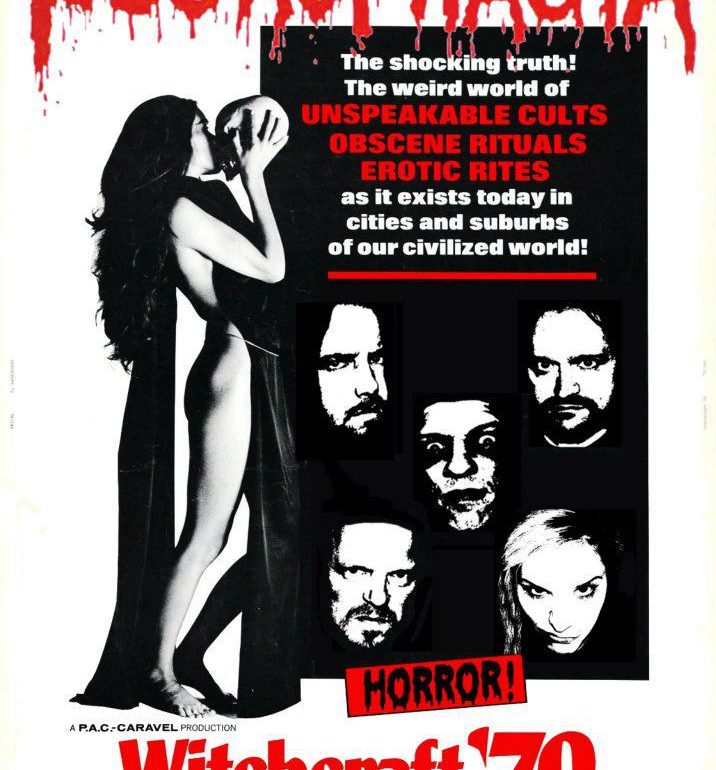 As part of our summer fest spotlight, we thought we’d pester some killer bands who are playing some of the best festivals this year. Enter, Necrophagia, the horror metal pioneers who will perform at Hellfest in June. ZT spoke to vocalist, founding member, and gore fanatic Killjoy to find out more about one of the fest’s Maim Attractions…

ZT: For those not initiated into the gore cult, why should we come and see Necrophagia’s set at Hellfest?

K: I truly believe that no matter how many bands are playing, no one sounds like Necrophagia. I’m not saying that’s a good thing ha ha ha ha, but we are unique and we do horror metal better than anyone else. Other than that, I don’t have an answer.
.

ZT: What can we expect from your performance? What stage/time/day can we see you?

K: We play at 5.00 PM on Saturday, I don’t know the stage, etc. I know we have a 50 minute set and not much else. Unfortunately, we will not have any horrific/gore show, etc. We weren’t given the kind of budget we need to bring over our stage show. I don’t blame Hellfest or any festival for that, it’s very expensive to ship over all those corpses, body parts, meathooks and gallons of blood. We generally only have that when we are headlining a full tour.
.

ZT: What can you tell us about the new album, ‘Whiteworm Cathedral’?

K: ‘Whiteworm Cathedral’ is gonna be a very back-to-basics, stripped-down record for Necrophagia. I wanna release ten songs of pure audio horror/gore, no intros, no experimental tracks, no guests. Just ten songs of Necrophagia at our heaviest, ugliest and most deadly.
.

ZT: Will you be playing any tracks from ‘Whiteworm Cathedral’ during your performance?

K: We will play one new track, most likely “Hexen Nacht” (All The Witches Dance).
.

ZT: How long has it been since you’ve played Europe? Is this your first time playing Hellfest?

K: We have never played Hellfest so we are looking forward to it. We played a set at the Neurotic Deathfest about a year ago. Prior to that, it’s been close to ten years.
.

ZT: What are your expectations for playing Hellfest, are you looking forward to it?

K: We are definitely very psyched to play Hellfest. I don’t have any expectations. We will put on the best possible show with some surprise songs to be included, perhaps some that we have never done live.
.

ZT: How do you feel playing a festival of this size and significance?

K: I have to be honest, after being in the music scene for so long I don’t feel much different playing any gigs. We give our blood and sweat the same for 300 people as we would for 30,000.
.

ZT: How do you think Hellfest will differ to other festivals you’ve played? How do European fests differ from US ones?
.

K: I’m not sure what to expect, my friends in Mayhem, Entombed, etc. have said it’s a very good time and nicely organised. I think in general Europe has a better metal scene than the USA and the festivals are run much better and professionally in Europe. There seems to be a better mutual respect between bands and organisers in Europe as well. We have always been treated great. We generally headline or are close to the top of most shows and festivals. This will be a unique situation for us.
.

ZT: What bands are you looking forward to seeing?

ZT: What are your favourite things about France or French culture – know any decent French horror movies?

ZT: What’s next for Necrophagia, following Hellfest? Any final words?

K: We will headline another festival in July, film videos for our upcoming DVD and do a few other gigs. Then, tour Europe in the fall after ‘Whiteworm Cathedral’ is released. It’s been very busy for the past year and it’s going to be much more so in the coming months. Thanx for your support, gore foever!
.

ZT: Cheers, Killjoy. Summer looks like it will definitely be the Season of the Dead.